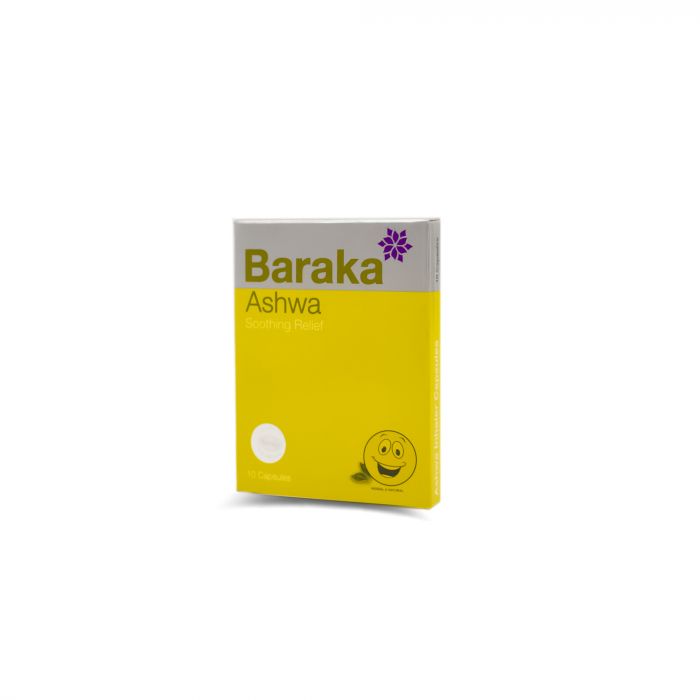 (76)
Availability : In stock
Ashwa capsules are made with a combination of black seed oil, which enhance the efficacy of Ashwa and herbs which are tried and tested for many centuries. These herbs have been commonly used for cold, cough, stuffy and irritated nose, headache etc.
SKU
018113
LKR120.00
Add to Wish List
Details
Ashwa is a combination of essential herbs enriched with black seed oil for the treatment of common sicknesses such as cough and cold, stuffy and irritated nose, headache and sore throat. These herbs have been used for many centuries. Baraka Ashwa is 100% natural and safe to use.
Delivery and Returns