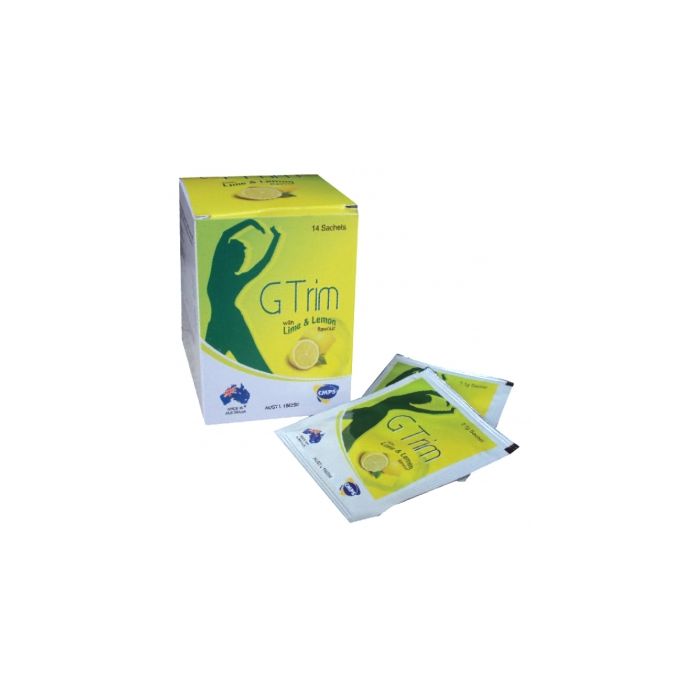 G-TRIM SACHETS
Skip to the beginning of the images gallery

(0)
Availability : In stock
"How To Drink G Trim For Weight Loss The recommended daily dosage for an adult is 2 sachets. One sachet should be taken 10 minutes before lunch and the other 10 minutes prior to dinner. Some people have had success in burning excess fat by taking only one sachet a day and thatÃ¢â‚¬â„¢s usually before their lunchtime. To make G Trim, Take a clean glass and fill with water (room temperature). Dissolve a sachet in the water and drink straight away."
SKU
020971
LKR1,680.00
Add to Wish List
Details
"Fat- Burning Ingredients in G Trim WhatÃ¢â‚¬â„¢s remarkable about this weight loss powder is its ability to not only curb oneÃ¢â‚¬â„¢s appetite but also shed excess body fat. A number of women who have tried G Trim claim itÃ¢â‚¬â„¢s one of the best fat-burning powders around that gets rid of stubborn fat in a short time. So what are the ingredients found in this fat fighting dietary supplement? Green tea Ã¢â‚¬â€œ green tea consists of two important elements which aid in weight loss which are caffeine and EGCG (Epigallocatechin gallate). Caffeine is highly noted for its fat burning power while EGCG helps in boosting metabolism. Metabolism is what helps our body burn calories. Inulin Ã¢â‚¬â€œ Inulin is a soluble fiber which helps the good bacteria in the lower gut. When inulin passes into the small intestine, itÃ¢â‚¬â„¢s not digested. But when it makes its way into the lower gut, it becomes food for the good bacteria that lives there. The bacteria use inulin to provide the cells of the colon the nourishment it needs to stay healthy. Having a healthy colon encourages better digestion, frequent bowel movements and less constipation. Inulin can be found in the following foods: asparagus onions leeks So how does inulin help with weight loss? Apart from reducing the risk of colon cancer, inulin can also do the same for obesity because of its ability to suppress appetite. According to a study done, consuming 21 grams of inulin has been found to help suppress appetite. Guarana Seed Extract Ã¢â‚¬â€œGuarana is a plant that grows in the Amazon including Venezuela and Brazil which has weight loss properties. The natives would use the seeds to make a tea. This tea helped to increase energy levels and also reduce hunger pangs. Guarana seed extract is considered a good alternative to caffeine since it contains as much as 7 percent of caffeine. The most caffeine found in coffee contains only around 2 percent. Caffeine is highly noted for its appetite suppression ability. "
Delivery and Returns